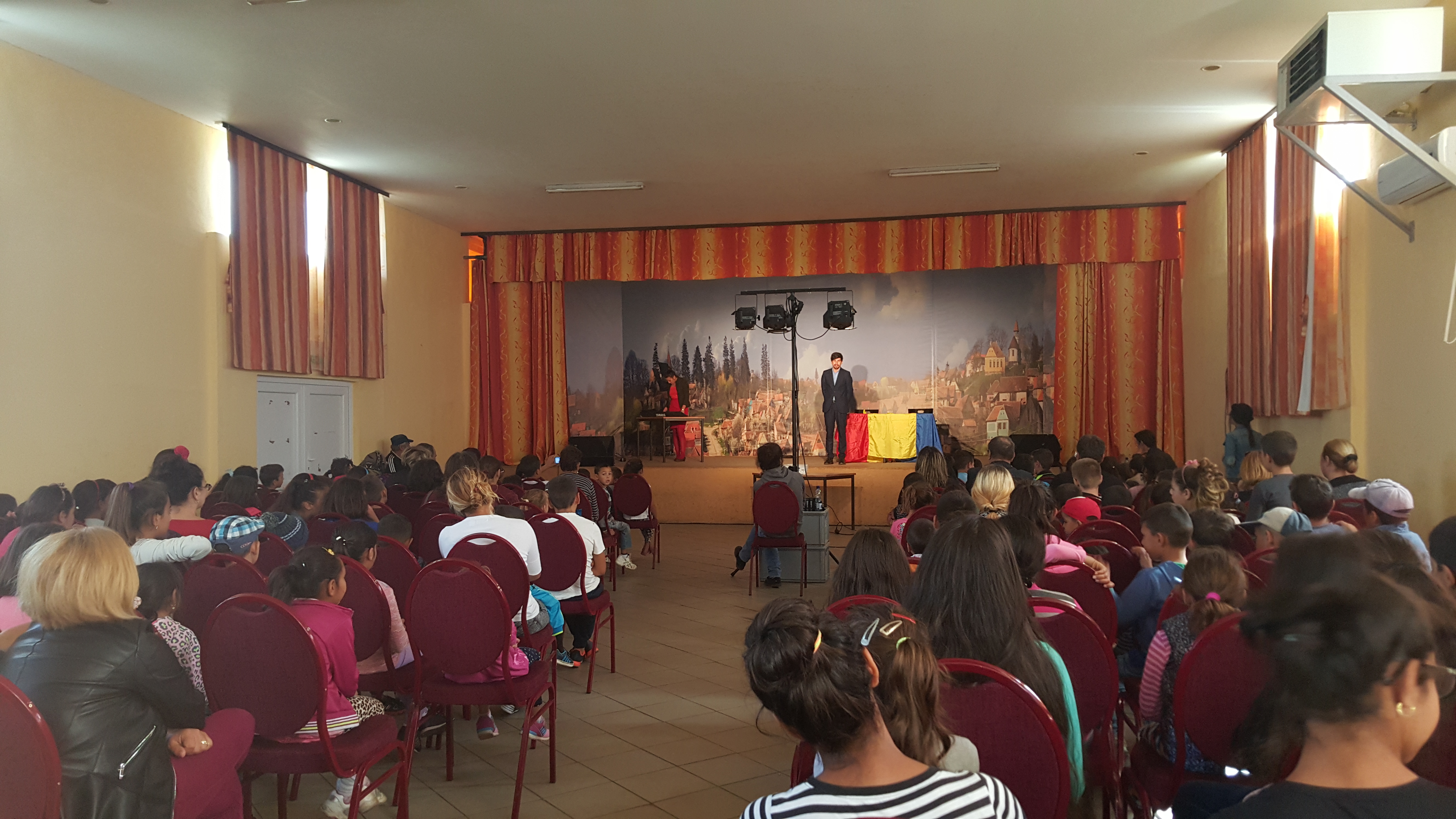 Posted at 10:40h in Uncategorized by elephant 0 Comments
0 Likes
Share

In 2017, the second edition of the cultural project “Teatru la sat” (“Theatre in Rural Areas”), organized by the Association “Sibiul Azi”, took place in Marpod. The event was funded by the Sibiu County Council through the Traditional School of Arts and Crafts “Ilie Micu”, with support from the Marpod local administration.

At the Marpod Cultural Center, starting from 13:30, the “Story-making Shop” event took place, performed by the actresses Codruța-Magdalena Vasiu and Arina-Ioana Trif. The show was followed by discussions during which children asked questions, talked both with the Sibiu actors and to one another about the access to culture.

The main topic was theatre and everything related to the performing arts: the role, the actor, the view on reality, the shaping of one’s personality through the play, the encouragement of reading, the improvement of general knowledge and of self-esteem.

The primary focus of “Teatru la sat” was an audience made of the children in the Marpod and Ilimbav villages (included in the Marpod commune), but also of their parents and other interested people. The project encourages the access to culture for pupils in the rural environment, the opening of new perspectives and chances both for them and for their parents. In 2016, the first edition of the project was organized in the commune Roșia. Given the success of the previous editions, the organizers decided to continue the project with the villages and communes of the Sibiu county.